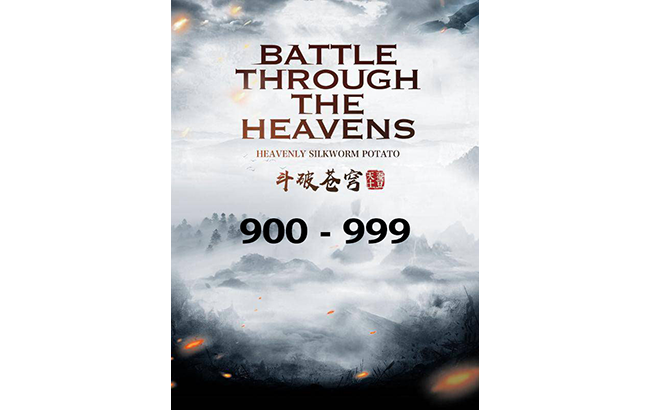 The hot breeze arrived suddenly. At the crucial moment, Xiao Yan displayed his somewhat frightening retaliation strength. One could see a silver glow flashing under his feet as his body twisted into a strange arc and the breeze passed by just above Xiao Yan’s shoulder. The hot wind caused a fiery pain to be transmitted from his shoulder.

Xiao Yan’s body trembled after dodging the attack. He swiftly withdrew. While doing so, he turned his body around, and he looked in the direction where the wind originated. His face once again became stunned.

There was an enormous ten meter red colored figure swimming within the magma. Its color was similar to that of the surrounding magma. If one did not observe carefully, it would be difficult to discover it. Moreover, the crimson body was covered with red scales, and its five-foot-long red scaly tail swung slightly. The red figure stood with both legs, but its legs were unusually large. Its head was also rounded and covered with tiny scales. A pair of tiny eyes emitted a faint fierceness. Its large mouth was parted slightly, revealing densely packed sharp teeth. From the appearance of this thing, it seemed that it was a lizard that could walk on two legs.

From its outer appearance, this mysterious red-colored figure was clearly not a human. Instead, it was a kind of mysterious living being. Xiao Yan was completely unaware of just what kind of living creature it was since he had never seen anything that could live in magma in the past.

Xiao Yan sighed in relief after discovering that the other party was not a human. However, he did not release the cautiousness within his heart. He had not sensed even the slightest aura during this journey. Yet, this mysterious living creature had unleashed an attack at him without him even sensing it. Clearly, it was quite strong. Moreover, the latter had the homeground advantage. If Xiao Yan did not act carefully, he might really end up failing when he least expected to.