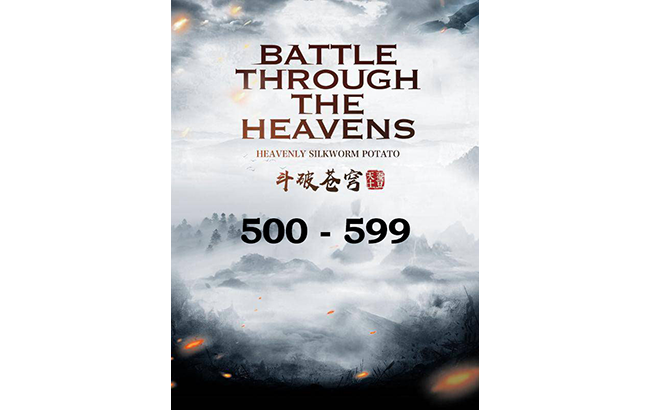 The moment Elder Hao announced that the match had begun, the gazes of the entire stadium suddenly turned toward the two people behind the cauldrons. The noisiness had also gradually become much quieter.

Xiao Yan’s gaze slowly but carefully swept across the medicinal ingredients on the stone table. Upon realizing that there was nothing missing, he finally nodded slightly and waved his hand. A dark red medicinal cauldron appeared on the stone table in front of him.

The medicinal cauldron which Xiao Yan was using was not some high grade item. Moreover, he had used it too many times during this recent period of time. Hence, it resulted in the color on the surface of the medicinal cauldron appearing slightly dimmer. At a glance, it was seemed like a normal stove.

“Che…” Xiao Yan’s medicinal cauldron had just appeared when Han Xian who had been looking over from the side not far away could not resist laughing out loud. He quietly shook his head and said with a laugh in his heart, “Looks like I have overestimated this fellow a little…” In the Alchemist world, a good medicinal cauldron was like a sharp weapon in the hands of a warrior; it could enable one’s refining success to increase greatly. Now that Han Xian saw that the medicinal cauldron Xiao Yan was using was actually this worn-out, there was naturally some disdain in his heart.

After the words in Han Xian’s heart appeared, he also waved his hand. Immediately, a medicinal cauldron with a golden-yellow-colored surface flashed and appeared. When the sunlight shone on its body, it would reflect eye-piercing light, causing people to have no choice but to shift away their gazes.

From just looking at the external aura of these two medicinal cauldrons, there was undoubtedly an enormous difference between them. One of them was like a tattered dog in the fields while the other was completely covered with gold and silver, like an extremely bright and ostentatious pet dog. . . . .