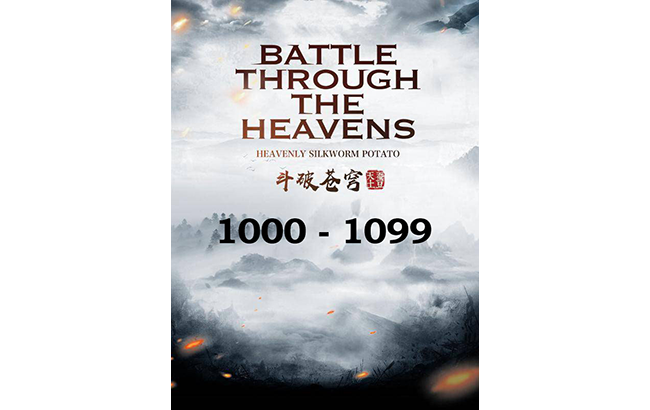 Xiao Yan’s eyes stared intently at the humble-looking, gray-clothed, old man. A moment later he finally smiled, cupped his hands together, and politely inquired, “This old sir should be an elder of the Gold Swallowing Mouse Tribe, right?”

The Heaven Eye Mountain Range had the effect of suppressing any overly strong person from entering it, yet the strength of this old man in front of him had already exceeded this limit. It was likely that he was not someone from the outside world. In that case, he ought to be a local expert. Additionally, the entire Heaven Eye Mountain was the territory of the Gold Swallowing Mouse Tribe. It was likely that this person was someone from the Gold Swallowing Mouse Tribe.

The gray-robed, old man was startled upon hearing this. He leaped down from the tree branch. He looked over Xiao Yan once before smiling and saying, “Little fellow’s eyesight is indeed quite good.”

Xiao Yan smiled. Having remembered what Nalan Yanran had told him earlier, Xiao Yan would naturally not say anything to offend this member of the Gold Swallowing Mouse Tribe. Moreover, this person was quite strong and likely possessed a high position in the clan. It was likely that one would suffer by offending him.

“This younger self is Xiao Yan. I have been reckless to turn this place into this manner. Hopefully, old sir would not blame me.” Xiao Yan smiled. A jade bottle swiftly appeared in his hand. After which, he handed it over. “These are some ‘Qi Mending Pills.’ Although I know that these things might be nothing in old sir’s eyes, they do possess quite a great effect when used to recover one’s Dou Qi.”

Qi Mending Pill was a tier 5 expendable type medicinal pill. It had the effect of allowing a Dou Huang or a Dou Zong to recover their Dou Qi at a faster rate, and was considered a higher tier expandable medicinal pill. . . . .