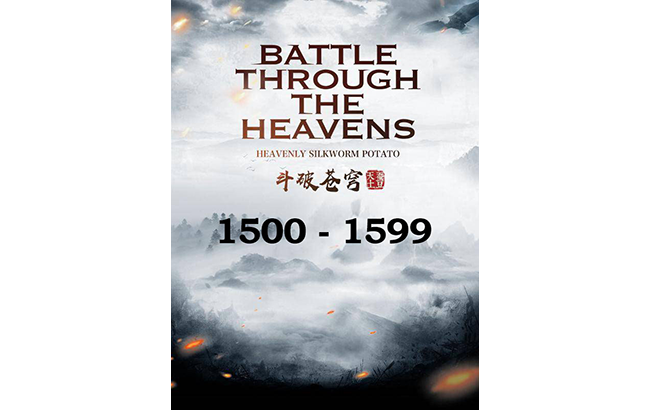 “Xiao Yan ge-ge, this Yao Wangui is an initial four star elite Dou Sheng. He is extremely strong and it will not be easy dealing with him.” Xun Er by the side opened her mouth and softly spoke after hearing Xiao Yan’s words.

“I know my limits.” Xiao Yan slightly smiled. An initial four star Dou Sheng was indeed a little troublesome for his current self to deal with, but if he was able to successfully obtain the Purifying Demonic Lotus Flame and refine it, it would be an extremely easy matter for him to kill Yao Wangui.

Xun Er did not say anything more after hearing Xiao Yan put it this way. She was aware that Xiao Yan was usually calm and would not easily do anything where he did not have the confidence to succeed.

Yao Wangui’s group’s appearance in the sky had naturally attracted many pairs of eyes. The Yao clan could be considered a unique ancient clan. Most of its clan members were alchemists, and all of them possessed outstanding pill refinement talent. Thus, the Yao clan created a pill refinement atmosphere. If the ancient clans appear more often in the Central Plains, the reputation of the Pill Tower would end up suffering because of the Yao clan.

After all, if one were to make a true comparison, the inheritance of the Yao clan was more complete. Regardless of how one looked at it, the semi-public nature Pill Tower lacked far behind the Yao clan.

However, the rules of the Yao clan were extremely severe. Only their own clan members could learn their alchemist skills. Any outsider who learned them would end up attracting their murderous intent. This rule had also limited the development of the Yao clan, but this was something that could not be helped. The ancient clans felt arrogant when it came to ordinary people. . . . .