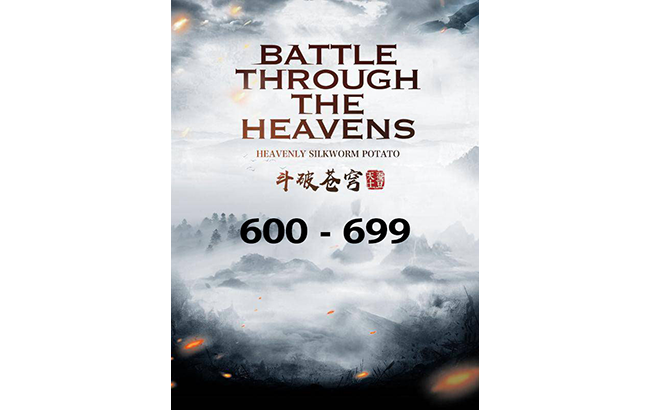 Xiao Yan’s soft, cold laughter was just like throwing a basin of cold water into oil. Immediately, a wave of blood-red majestic Dou Qi came surging out in all directions from within the body of the ferocious looking Fan Lao!

Three shriveled pale-white claw-like hands were abruptly thrust forth, and formed some strange seals with lightning-like speed. One could see that the Dou Qi that was surging out fluctuated a little before a dark-red blood spear that was as thick as two arms swiftly formed and appeared in everyone’s eyes.

Fan Lao extended his hand claw as the blood spear took form, grabbing it firmly. He lifted his head and moved his mouth slightly while facing Xiao Yan, revealing his somewhat sharp and dense white teeth.

The wings on his back were flapped abruptly, and a sharp, angry roar immediately carried an incomparable amount of killing intent as it erupted from within Fan Lao’s mouth. Under this clear sonic wave, the latter’s body appeared to drift with the wind as it turned into an extremely vague blood figure that approached Xiao Yan in a lightning-like manner. The long spear in his hand carried a dense wind as it viciously pierced toward Xiao Yan’s heart.

Although Fan Lao’s Dou Qi did not show any traces of soaring after using the so-called ‘Blood Transformation’, his speed had greatly increased. It had even reached the point that many people could only see his body tremble slightly when he moved. When they glanced again, they were shocked to discover that the figure had gradually turned illusionary. Clearly, this was something that would only be left behind when one’s speed reached a certain level.

Xiao Yan was able to barely leave behind an afterimage in the past after having used the ‘Three Thousand Lightning Movement’. However, that afterimage was clearly incomparable to the one that Fan Lao had created. Of course, the condition that Xiao Yan was in only had the strength of the Dou Ling class. Being able to create an afterimage that even an ordinary expert Dou Wang had great difficulty creating was enough for him to be proud of. . . . .